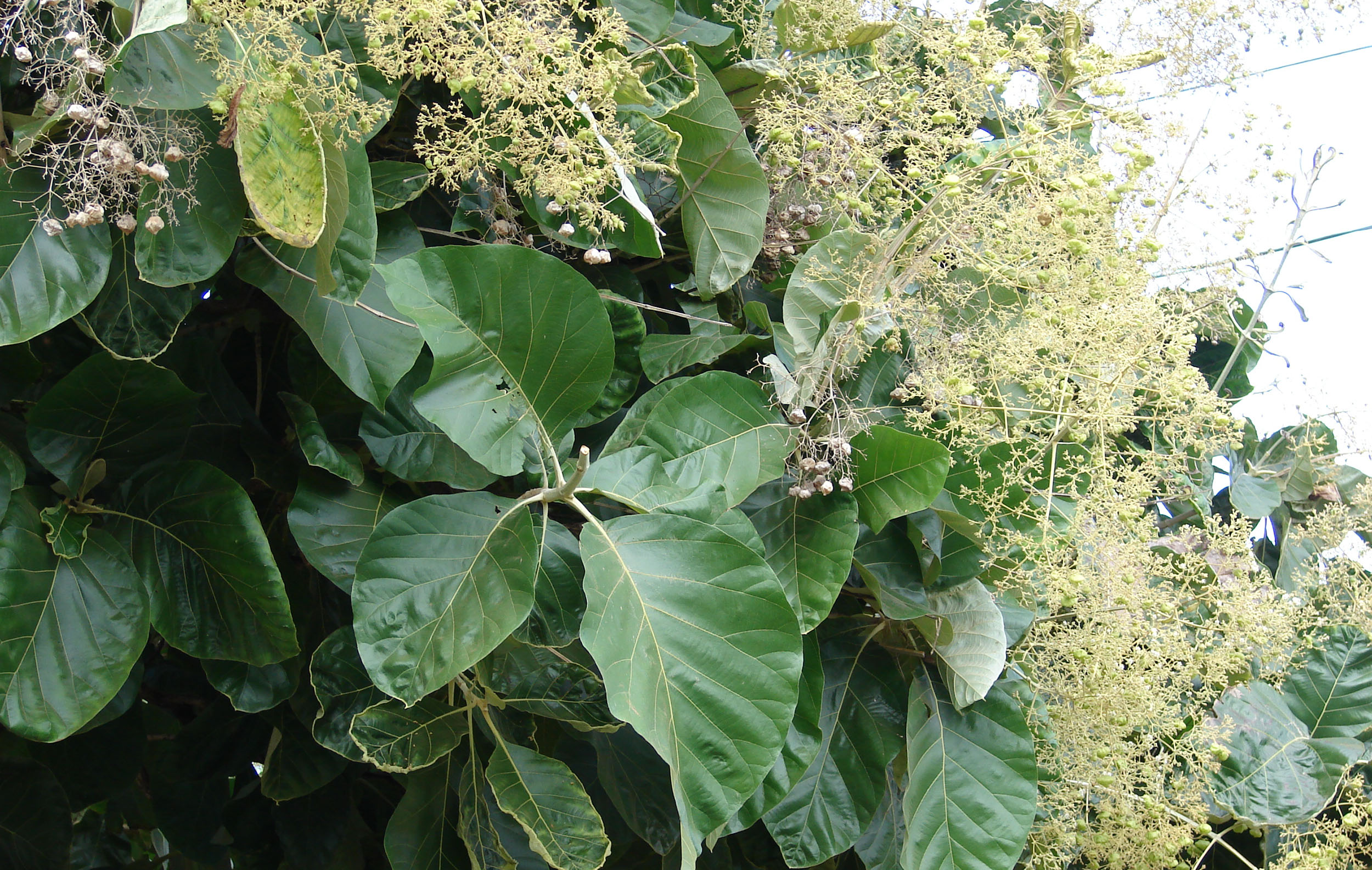 T. grandis Linn. (Family - Verbenaceae) is one of the most famous timbers in the world and is renowned for its dimensional stability, extreme durability and hard which also resists decay even when unprotected by paints and preservatives. This plant is commonly called as teak and locally known as sagon, sagwan . It is one of the most important heart wood of the world over. Timber value of teak has been well known from decades

The seeds of Tectona grandis (teak tree) have been recommended as a hair growth promoter in traditional literature. The fatty oil from the seeds of the plant has reportedly been used by tribes for preventing premature hair loss. T. grandis has also been described to be useful as a hypoglycemic agent

T. grandis Linn. is a large, deciduous tree reaching over 30m in height in favorable conditions. Crown open with many small branches; the branch is often supported and may be fluted, up to 15m long below the first branches. Stem usually cylindrical but becoming fluted and slightly supported at base when mature and bark of stem is light brown or grey, distinctly fibrous with shallow, longitudinal fissures. The root system is superficial, often no deeper than 50cm, but roots may extend laterally up to 15m from the stem. The leaves are very large about 30X20cm but young leaves are up to 1m long, 4-sided, shiny above, hairy below, vein network clear, broadly ovate or oval with shortly pointed or blunt tip and taping base and leaves are shed for 3-4 months during the later half of the dry season, leaving the branchlets bare. Flowers are small, about 8mm across, mauve to white and arranged in large, flowering heads, about 45cm long; found on the topmost branches in the unshaded part of the crown. Fruit is a drupe with 4 chambers and these are round, hard and woody, enclosed in an inflated, bladderlike covering; pale green at first, then brown at maturity. Each fruit may contain 0 to 4 seeds

Natural distribution of teak ranges from the Indian sub- continent through Myanmar and Thailand. It is common in deciduous forests and well-drained alluvial soils. India has one-third of the natural distribution. It is discontinuously distributed throughout Peninsular India in the states of Madhya Pradesh, Maharashtra, Tamil Nadu, Karnataka and Kerala. In Myanmar, the species is distributed throughout the country up. In Thailand, it occurs naturally in the watershed areas of Mae Khong, Salween and Chao Phya rivers. Teak has been introduced as a plantation species in as many as 36 tropical countries across tropical Asia, Africa and South and Central America

T. grandis Linn. is a pre-eminent tropical timber with sterling wood properties, having an average wood density of 650 kg/m3 . It is moreover considered as a major constituent in many of the traditional medicines  . The different extracts from various parts of teak shows expectorant, antiinflammatory, anthelmintic properties. Traditionally, it is used against bronchitis, biliousness, hyperacidity, diabetes, leprosy, astringent, and helmintiasis. A wood powder paste has been used against bilious headache and swellings  . According to Ayurveda, the teak wood is acrid, cooling, laxative, sedative to gravid uterus and useful in treatment of piles, leucoderma and dysentery. It allays thirst and possesses anthelmintic and expectorant properties