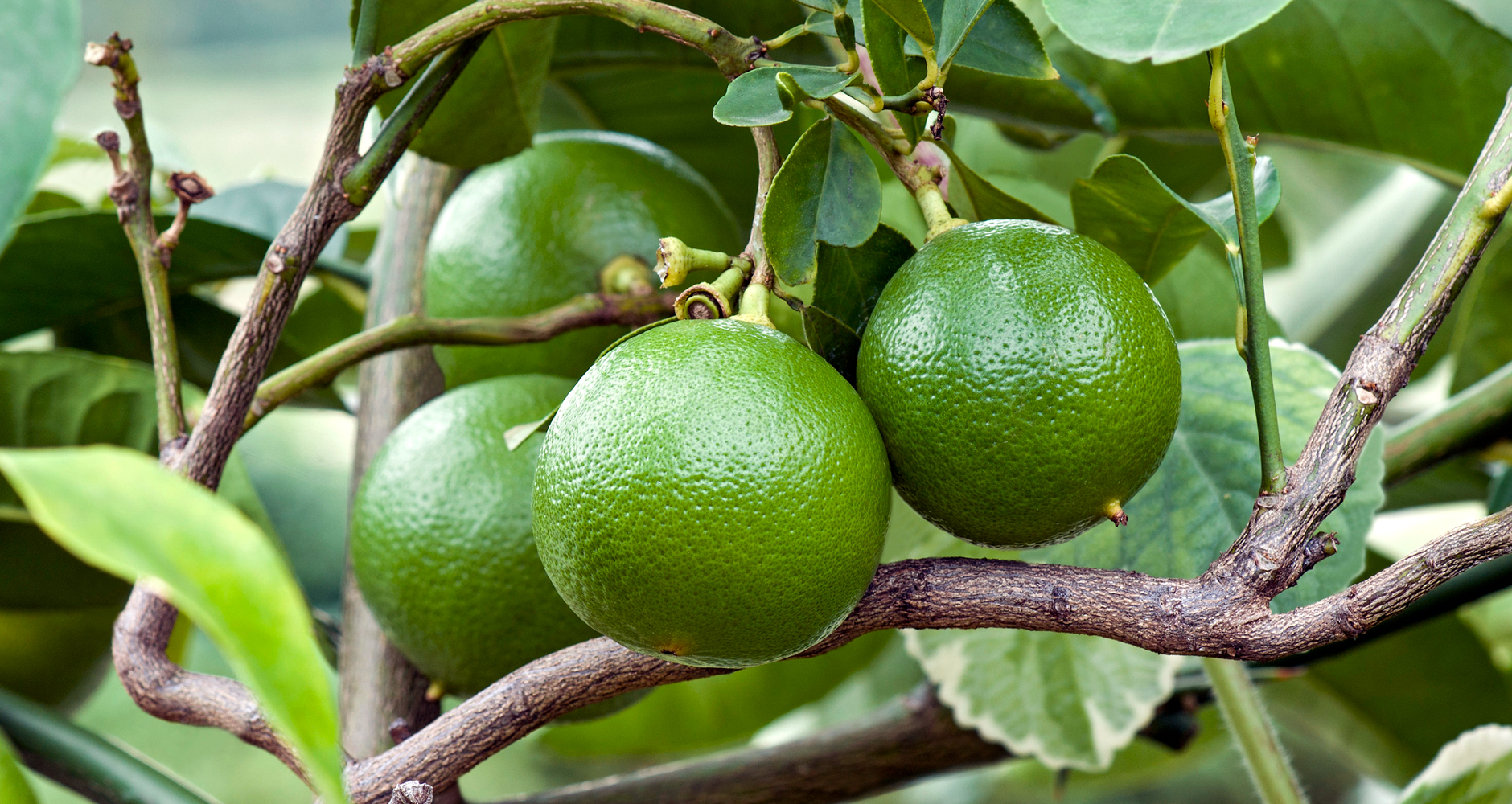 Referred to as ‘Golden Apple’ in the Indian subcontinent, Lemon is a universal remedy for many health disorders and is often called as a panacea for its ability to heal the mind and the body in manifold ways. The essential oil of Lemon is cold pressed from the external rind or peel of the Lemon fruits.

The real origin of Lemon lies as a mystery and it is said that Lemon is indigenous to India, Myanmar and China. The first historical mark of Lemon was in 90 BC where it was used to shower a high priest in a festival of Jews in Jerusalem though certain sources say that Lemon has been used since 800 BC.
It was introduced to Europe in the 1st century AD during the Roman reign and slowly spread to other parts of the world like Persia, Egypt and Iraq.  It is also said that Lemon was grown as an ornamental plant in the primordial Islamic gardens.
Affluent Victorians grew Lemon trees in their gardens as a symbol of high regard and for garlanding their estates with the naturally refreshing aroma of citrus trees. Serving Lemon wedges along with tea during their tea dances in the afternoon was a popular custom in their tradition.
It was Christopher Columbus who introduced Lemon to America by bringing Lemon seeds to the Island of Haiti during his voyages in 1493. Botanically known as Citrus limon, Lemon is a hybrid of citron and sour orange.
The most notable use of Lemon in the history was its use as a promising protection against scurvy by sailors all over the world. This was endorsed by James Lind, the celebrated Naval Surgeon in his book ‘Treatise on Scurvy’.

-Lime juice, the product of C. medica acida, is recognized by the National Formulary under the name of Succus Citri.
Cedrat Lemon, or C. medica cedra, yields the essential oils of citron and cedra used in perfumery.
Lippia citriodora, yielding verbena oil, is commonly known as Lemon Verbena.
Java Lemon is C. Javanica. Median Lemon is a variety of C. medica. Pear Lemon is a variety of C. Limetta. Pearl Lemon is C. margarita. Sweet Lemon is C. Lumia. Water Lemon is Passiflora laurifolia. Wild Lemon or Ground Lemon is Podophyllum peltatum. Lemon Yellow is the name of Chrome Yellow, a neutral lead-chromate.

Lemon is a popular Ayurvedic remedy that is used in medicine, food and also in the process of purification. It is used for stimulating the nervous system, improve concentration power, enhance immunity, purify blood and support digestion.

Climate:-Lime and lemon may be planted in medium black, loumy or alluvial soils having perfect drainage and devoid of calcium carbonate layer. Areas with dry climate and low rainfall are best suited for growing limes.

The seed is best sown in containers as soon as it is ripe, after thoroughly rinsing it
Sow stored seed in containers as soon as possible]. Germination usually takes place within 2 - 3 weeks at 13°c. Seedlings are liable to damp off so they must be watered with care and kept well ventilated. The seed is usually polyembryonic, two or more seedlings arise from each seed and they are genetically identical to the parent but they do not usually carry any virus that might be present in the parent plant
When large enough to handle, prick the seedlings out into individual pots and grow them on until they are 10cm or more tall before planting out into their permanent positions.
Cuttings of half-ripe wood, July/August in a frame. This species grows easily from cuttings
Layering in October.

Harvesting and yield:-Maturity of citrus fruits depends up on the climate condition, heat units and moisture availability. The period of maturity is shorter when they just start changing. They are harvested in installment as they ripen ,major harvesting period in july-september and november-january

Fresh juice 15-25 ml to be consumed diluted with water.

Acid antidotes most commonly accessible are vinegar and lemon-juice.

Adulterations---The most dangerous adulterant of the oil is citrene, the terpene left after extracting citral from oil of lemon which has been used in making terpeneless oil.
Fixed oils, alcohol, and purified oil of turpentine are sometimes found, the last causing a terebinthinate odour if evaporated from heated paper.
The pure oil should show scarcely any pinene.
Artificial lemon juice should not be used as an antiscorbutic.

In 2016, world production of lemons (combined with limes for reporting) was 17.3 million tonnes. The top producers were India, Mexico, China, Argentina and Brazil, collectively accounting for 62% of total production

Fruit :- Typical round ,green to yellow in color , Three to six centimeter in diameter and containing sour and acidic pulp. Fruit are good source of vitamin c. Limes are often used to aceend flavours of food and beverages. Fruit are grown all years round and are usually smaller and less sour than lemon.

Lime or acid lime is more popular in India than lemon. It is cultivated largely in Andra Pradesh, Maharashtra,Tamilnadu,Gujarat,Rajastan,Bihar and Goa. Limited extent in other state.
Lemons are grown Goa limited extent in homestead gardens. Limes are available throughout the year in some part or the other in our country .there used fresh fruit for preparing pickles and beverages .There rich in vitamin c, minerals and salt.

In Calabria bergamot is grown in coastal areas protected from cold northerly winds by the nearby mountain range. The area has the highest average annual temperature and the highest number of sunshine hours in Italy and is further characterized by mild winters, a small difference between day and night temperatures and the absence of frost. The monthly average daily temperature varies between 26 deg. C in August to 12 deg. C in January. The average number of sunshine hours reaches a maximum of 10 h per day in July and is lowest in December and January with 3 hours per day. Average annual rainfall is about 550 mm with a maximum in December-January and a minimum in July. Although it was long thought that bergamot was adapted to a narrowly defined climate, it has proven to grow well in tropical conditions too, such as in Ivory Coast. Oils obtained from fruits harvested in the interior of Calabria, where bergamot is not traditionally grown, show a high linalyl acetate and linalool content, but poor olfactive qualities.

Internally, nimbuka is a useful medicine in various diseases. It is a keen stimulant for digestive system. As an appetizer, digestant, mild laxative and cholegogue, hence, used in various digestive ailments like anorexia, dyspepsia, vomiting, constipation, hepatopathies etc. In Ayurveda, the sour taste is said to be beneficial for the heart as it boosts the sadhaka pitta. It also augments the agni, stimulates the mental faculties, strengthens the tissues, promotes salivary secretion and facilitates the whole digestive process. Nimbuka bestows blood purifying activity, hence, beneficial in the heart diseases, skin diseases, gout and raktapitta. In cough due to vata and kapha, it works as mucolytic and relieves the phlegm. It is a rich source of Vitamin C, helpful in bleeding and spongy gums in scurvy. In vitiated conditions of pitta, the fruit fuice is recommended with rock candy. It is said to be benevolent in enlarged spleen. Nimbuka juice is used in Ayurvedic pharmacy, for the purification of sankha (conch), svarnamaksika (chalcopyrite), vamala (cubic sulphide of iron), manik mouktika , pravala etc. Amongst all sour juices, nimbuka is praised to be the best.

It can be used in the form of juice and decoction.

Pregnancy and breast-feeding: Its unknown whether its safe to use lemon in medicinal amounts during pregnancy or breast-feeding. Stick to food amounts.

Lemon is LIKELY SAFE in the amounts typically found in foods. The safety of lemon when used as medicine is unknown.
Applying lemon to the skin may increase the chance of sunburn, especially in light-skinned people.

FOLKLORE USES
TOOTHACHE RELIEF
One drop of clove oil on a cotton ball + One drop of lemon oil diluted with one teaspoon of career oil.

Lemon is an important ingredient in many of the Ayurveda Medicines. Lemon as such also used as medicine for different ailments. Because It has multiple medicinal, health and culinary advantages. Lemons are very rich in Vitamin C, contain minerals such as calcium, magnesium and phosphorous. Lemon water and Lemon juice are known for many health and medicinal benefits like controlling acidity, obesity, BP, fever, constipation, heartburn, etc
KEY WORDS: nimbuka Citrus acida, Citrus bergamia