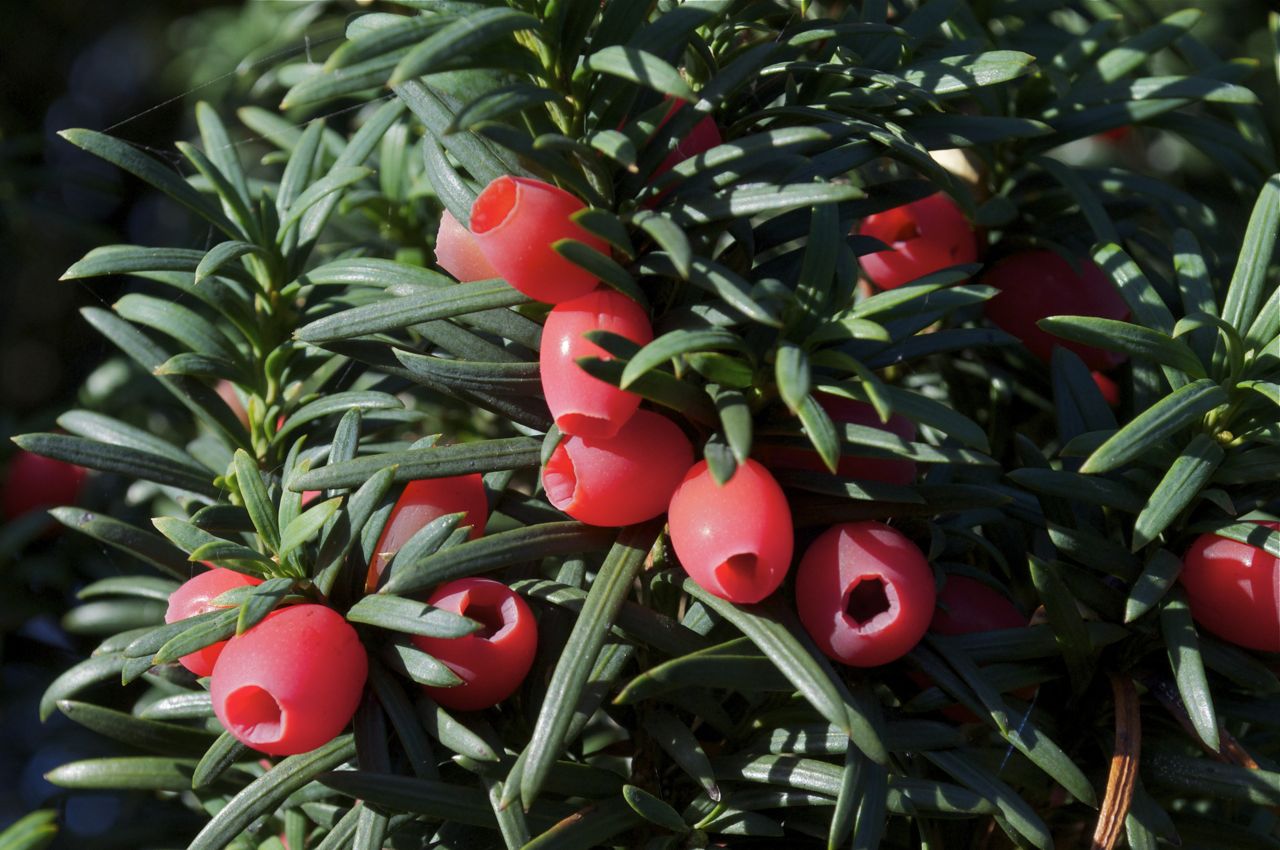 Used for blood disorders, morbid thirst, moles, burning syndrome, worm infestations, pimples, and tumors (therapeutic uses based on texts from 1000 bc to sixteenth century). Sthauneya belonged to Elādi varga, Karpurādi varga and Chandanādi varga during the  classical period of Ayurveda. [Ayurvedic Pharmacopoeial Plant Drugs: Expanded Therapeutics]
Used in Ayurveda, Unani and Sidha. Extremely toxic, death is likely. Taxus baccata has caused poisoning and death in cattle, horses, livestock, pets and birds, and humans. Stem and leaves abortifacient, diaphoretic, antirheumatic, antiinflammatory, purgative, for rheumatism, malaria, epilepsy, coughs, tuberculosis, cold. Tincture from the young shoots used to control headache, giddiness, diarrhea and biliousness. Bark used in cough and cold. Pounded leaves given orally for asthma, bronchial disorders and indigestion. [CRC World Dictionary of Medicinal and Poisonous Plants]
Rheumatism, malaria, epilepsy, purgative (in south africa) [Handbook of African Medicinal Plants, Second Edition]
Herb—CNS depressant; reduces motor activity; analgesic, anticonvulsant. Leaf used in nervousness, epilepsy, hysteria, asthma, chronic bronchitis. Leaf and fruit—antispasmodic, sedative, emmenagogue. Berry—used in chronic bronchitis. Taxol—antimitotic; also being tried for the treatment of severe drug-resistant human malaria. [Indian Medicinal Plants An Illustrated Dictionary]
The leaves contain a volatile oil, tannic and gallic acids, and a resinous substance called toxin. Yew leaves and fruits have been given for their emmenagogue, sedative and anti-spasmodic effects. Pereira says that therapeutically the yew appears to hold an intermediate position between Savin and Digitalis, being allied to the former by its acrid, diuretic and emmenagogue properties, and to the latter by the giddiness, irregular and depressed action of the heart, convulsions and insensibility, which it produces. Yew is, however, reported to have one decided advantage over Digitalis by its effects not accumulating in the system, so that it is a much more manage- able remedy than Digitalis. Besides its use as an emmenagogue and sedative in the same cases as Savin and Digitalis are administered, it has also been employed as a lithic in calculus complaints ; and as an anti-spasmodic in epilepsy and convulsions. According to Dr. Taylor the yew tree is sometimes used by ignorant persons to cause abortion. [Indian medicinal plants]