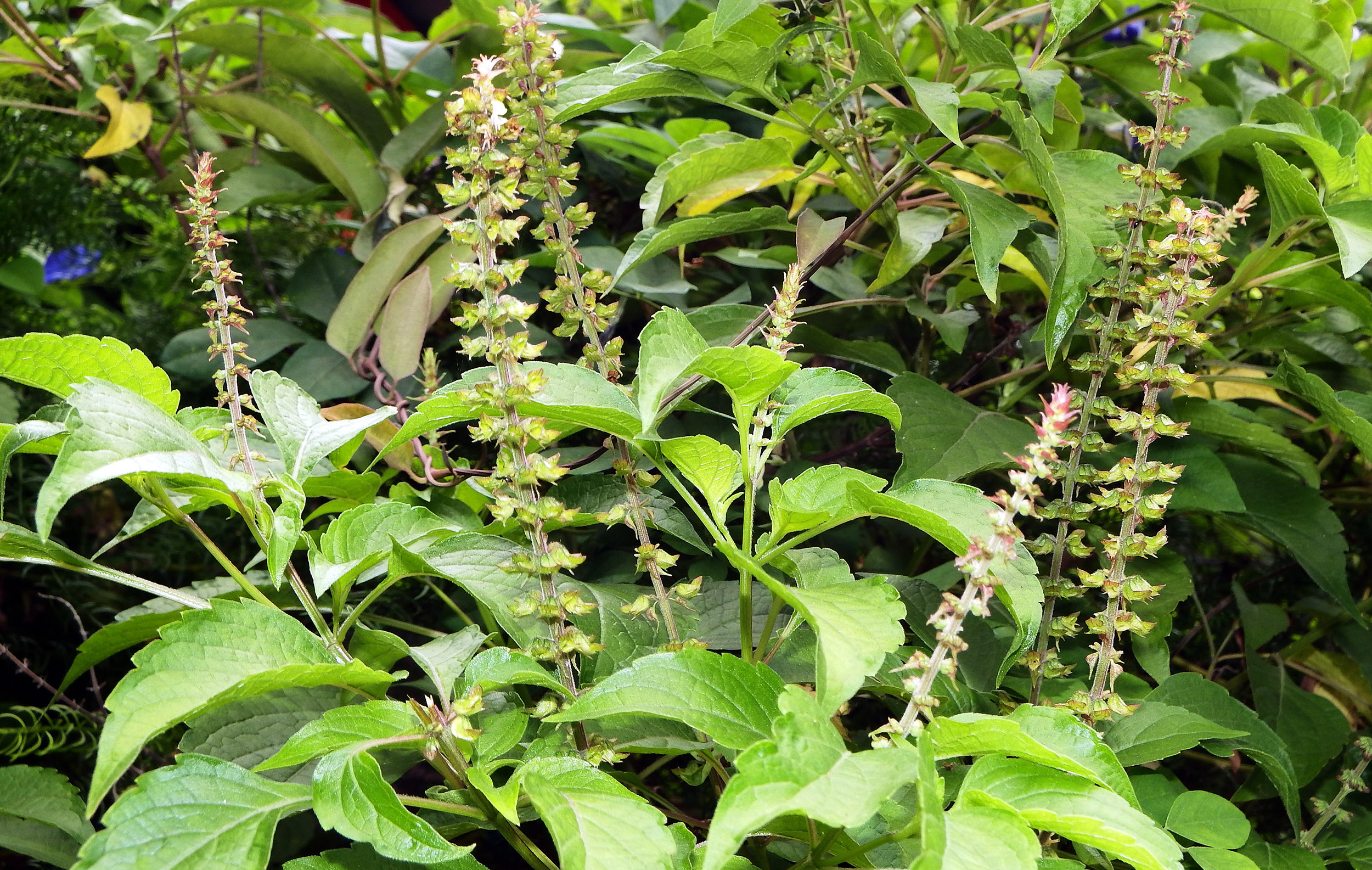 Ocimum gratissimum, also known as clove basil, African basil, and in Hawaii as wild basil, is a species of Ocimum. It is native to Africa, Madagascar, southern Asia, and the Bismarck Archipelago, and naturalized in Polynesia, Hawaii, Mexico, Panama, West Indies, Brazil, and Bolivia

Prefers a rich, light, well-drained to dry soil and a position in full sun.The optimum harvesting time for distillation of the essential oil is when 3 branches per plant, or 75% of the branches, are flowering. In northern Vietnam 2 - 3 cuts can be obtained in an average year, 4 - 5 cuts per year in the south. In Vietnam, Ocimum gratissimum remains productive for 5 - 10 years.In India, yields of 70 - 75 tonnes per hectare green herbage, producing 400 litres of essential oil in 2 years have been obtained experimentally.In Thailand harvesting every 10 - 12 days resulted in an annual green herbage yield of only 13 tonnes per hectare, and an oil yield of nearly 200 litres[

Seed - germination rates can be less than 10%. Sow in a nursery seedbed and only just cover the seed. Germination is usually free and quick, prick out the seedlings into individual pots when they are large enough to handle and plant out when large enough.Cuttings take about 28 days to root

In Thailand harvesting every 10 - 12 days resulted in an annual green herbage yield of only 13 tonnes per hectare, and an oil yield of nearly 200 litres

Along lake shores, in savannah vegetation, in submontane forest, and disturbed land; at elevations from sea level to 2,382 metres in west Africa[

Ocimum gratissimum is a variable, polymorphic species with many forms. It has at times been treated as a number of distinct species, in particular Ocimum suave Willd., and Ocimum viride Willd., have been recognised as distinct in many treatments. However, it is difficult to define clear differences between these three species because variations between them form a continuum merging from one to another. All three are treated here as part of the one complex species Ocimum gratissimum
KEY WORDS: ajeka Ocimum gratissimum Linn., Ocimum frutescens