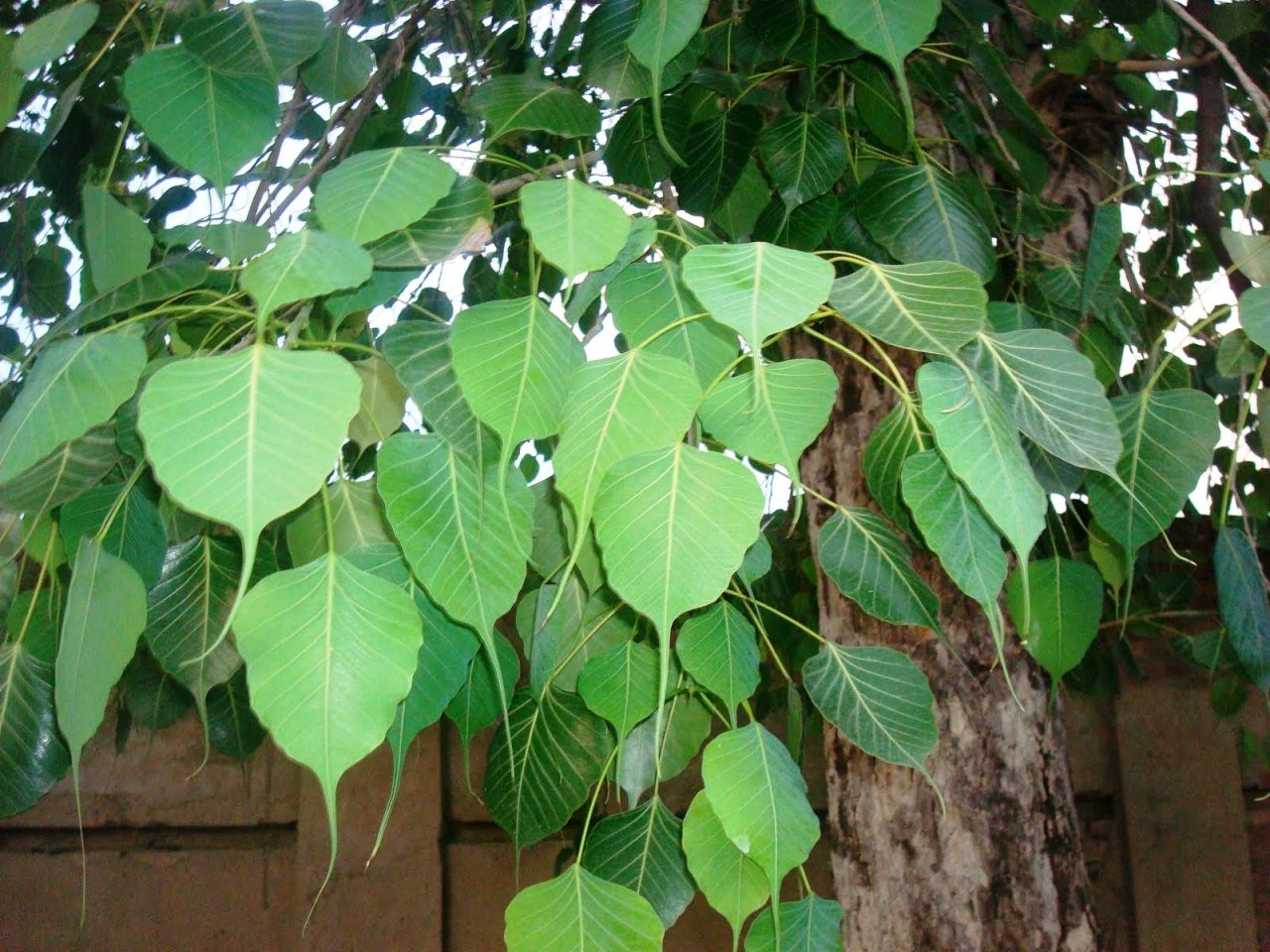 Asvattha consists of dried bark of Ficus religiosa Linn. (Fam. Moraceae,
a large perennial tree, glabrous when young,
found throughout the plains of India upto 170 m altitude in the Himalayas,
largely planted as an avenue and roadside tree especially near temples.


Ficus religiosa (Peepal) has an important place among
herbal plants. Almost every part of this tree i.e. leaves, bark, seeds and fruits are used in the preparation
of herbal medicines. Therapeutic properties of this tree in curing a wide range of diseases can be
attributed to its richness in bioactive compounds namely flavonoids, alkaloids, tannins, saponins, phenols
etc. Its antimicrobial, anti-diabetic, anticonvulsant, wound healing, anti-inflammatory and analgesic
properties have made it a popular herbal tree and its parts are placed as important ingredient in modern
pharmacological industry. The

Ficus religiosa is grown by specialty tree plant nurseries for use as an ornamental tree, in gardens and parks in tropical and subtropical climates. Peepul trees are native to Indian subcontinent and thrive in hot, humid weather. They prefer full sunlight and can grow in most soil types, though loam is the best. When planting, use soil with a pH of 7 or below. While it is possible for the plant to grow indoors in a pot, it grows best outside. Young peepul needs proper nourishment. It requires full sunlight and proper watering. Sacred fig occurs naturally in submontane forest regions.
In the Middle East, it is preferably planted as an avenue or road verge tree. In the Philippines and in Nicaragua the species is cultivated in parks and along roadsides and pavements, while in Paraguay it occurs in forests at lower elevations.

The tree is harvested from the wild for local use as a food, medicine and source of materials. It is cultivated in the tropical regions of the world, mainly as ornamental tree with various uses[

Peepal tree is grown throughout India. It is mainly grown in State of Haryana, Bihar, Kerala and Madhya Pradesh. It is also found in the Ranthambore National Park in India.
Ficus religiosa is native to tropical Asia, but it has now been introduced, spread and cultivated around much of the world, and in some cases it has become naturalized where its specialist pollinator wasp (Blastophaga quadriceps) has also been introduced.

Ficus religiosa suitably grows at altitudes ranging from 10 metres (33 ft) up to 1,520 metres (4,990 ft). Due to the climatic conditions which are prevalent throughout different heat zones, it can grow at latitudes ranging from 30°N to 5°S. It can tolerate air temperatures ranging between 0 °C (32 °F) to 35 °C (95 °F), beyond this upper limit its growth diminishes. It grows on a wide variety of soils but preferably needs deep, alluvial sandy loam with good drainage. It is also found on shallow soils including rock crevices

Ficus religiosa or sacred fig is a species of fig native to the Indian subcontinent and Indochina that belongs to Moraceae, the fig or mulberry family. It is also known as the bodhi tree, pippala tree, peepul tree,[peepal tree or ashwattha tree (in India and Nepal) The sacred fig is considered to have a religious significance in three major religions that originated on the Indian subcontinent, Buddhism, Hinduism and Jainism. It is the type of tree that Gautama Buddha is believed to have attained enlightenment under, and Hindu and Jain ascetics also consider the tree to be sacred and often meditate under them.Ficus religiosa is used in traditional medicine for about 50 types of disorders including asthma, diabetes, diarrhea, epilepsy, gastric problems, inflammatory disorders, infectious and sexual disorders.
KEY WORDS: ashvattha Ficus religiosa Linn