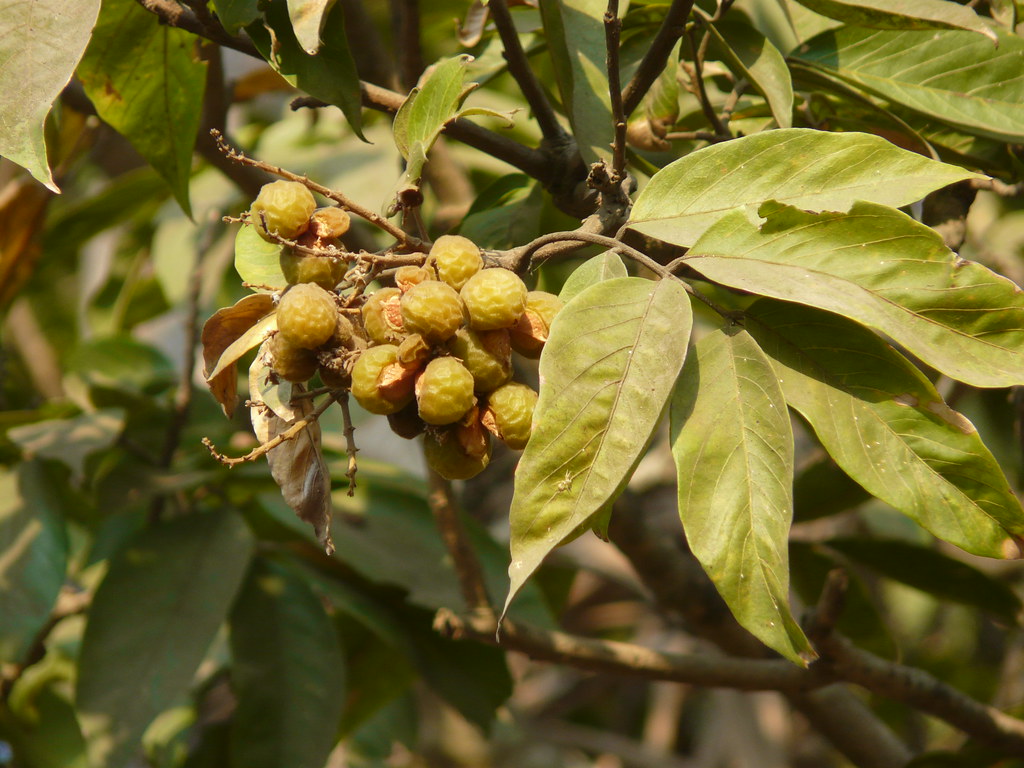 Used for improve the shine of jewels, to wash cloths, hair and also for medicine purposes, Reetha – soapnut is a versatile medicinal herb. It is used for treating skin diseases and psychiatric disorders.
Many cleaning applications in the home like doing your laundry, cleaning the dishes, mopping the floor, etc can be easily and effectively done using Soapberries and other indigenous herbs. This makes your cleaning extremely non-toxic and environmentally friendly. In addition to soapberries, you can add many beneficial herbs to Soapberry in different ways, making extremely useful and energizing cleansers for the home.
Ancient cultures extensively used plant-based herbs very widely and successfully to do all kinds of cleansing. Throughout history, ancient societies created elaborate rituals around the act of bathing. The plumbing lines in ancient cities were well thought through to ensure water was brought to where people lived.
The Indic civilization has a wealth of knowledge on herbs, cleaning methods, methods to sanitize living spaces and sophisticated methods of disinfection of both the person and living spaces.
The Vedic texts, the “Grihya Sutras” contain information about Vedic domestic rites and rituals meant for householders like conception, birth, initiation (upanayanam), marriage, death, etc. These texts carry more than 79 references to bathing rituals and stipulate a schedule of 3 baths a day, along with ritualized washing. The Smritis, the Vedas, the Puranas, and the Ayurvedic Samhitas extensively document leaves, fruits, roots, barks, different kinds of mud and also catalogue the properties of various kinds of waters, and analyse waters in different geographies. Indian systems of medicine also record different kinds of cleansing: cleansing with water, with herbs, through air, using sand, using sacred sounds, and using sunlight are all recorded as different options for cleansing the person, doing the laundry and washing the dishes.
India today records a whopping 108 species of plants with cleaning properties belonging to 87 genera and 52 families across India. It is possible that the actual number of such plants is MUCH higher as India’s botanical diversity is astonishingly wide – there may be many plants we are not aware of for cleansing, which are exclusively used by certain tribes / forest communities with the knowledge retained via oral tradition.
The Ebers Medical papyrus dated to 1500 BC tells us that the Ancient Egyptians had created a soap like substance using the alkaline salt Natron along with other vegetable and animal fats. This soap was used for laundry and for skin cleansing. The Ebers Medical papyrus also lists 877 prescriptions along with a documented knowledge of tumors.

We can see how ancient cultures utilised many rich, medicinal herbs for cleaning. We can also see that these herbs were not just simple foaming detergents. They came with many other medicinal properties like being anti-inflammatory in nature, having a very strong anti-bacterial use or other medicinal properties. So, these herbs were used for multiple uses besides just cleansing like stunning fish, killing predatory insects, helping in inflammation, healing skin conditions, etc.  In a sense we could call this, “cleaning plus”.
This section was meant to inspire and inform you about the very wide range of herb choices available if you want to get really raw and explore your non synthetic options in cleansing. Every single ancient culture and geography around the world used herbs to clean – try exploring what is available near you if you live outside of India.

The Americas have a wide variety of plant-based surfactants. The Yucca group of plants like Yucca baccata, Yucca constricta, Yuccha thompsoniii found in the Mojave desert, and across regions like Texas is an important Native American plant. The plant fibre was used to make baskets, belts, ropes, footwear, cords, etc. Yucca root and leaves contain a large amount of saponins – the root is specifically used for certain cleansing rituals. It is also eaten as a part of native medicine for its anti-inflammatory effect and is considered very useful in conditions like Rheumatoid arthritis. The Hopi, Papago and Utes tribes still use Yucca roots for this purpose. Yucca stems and roots were used as a natural shampoo, and a detergent.
The Australian continent also has a large number of plant based soapy herbs that were used for cleansing. The Sydney Golden Wattle, or the Acacia longifolia, contains saponin rich leaves which can be crushed in water and used as a natural cleanser. The Australian Soap tree, Alphitonia excelsa, also has similar uses. This is a fast-growing tall tree that survives semi deciduous conditions and is an excellent tree for conserving wildlife. Native Australian birds are attracted to the fruits of this tree and also to the caterpillars and other insects that survive off the foliage of the tree. It is a host plant for many species of butterflies too and is moderately drought and disease resistant. Here too the leaves, which are rich in saponins were crushed in water and used as a cleanser.
The African continent also lists many saponin containing berries, leaves, and tree barks that are effective cleansers. Phytolacca dodecandra, or the African soapberry, is one such example. Like other saponin containing plants, it is a strong molluscicide agent and can also be used in passive hunting to stun fish and collect them, as is done in the Amazonian rainforest by certain tribes using saponin containing agents. Ethiopia and Eritrean communities have cultivated the African soapberry for centuries. This herb is called “Endod” – Endod is made using leaves and berries of the African soapberry to launder clothes and wash hair. Unlike the Indian soapberry, the Saponins in 4- 5 of the African soapberry plants, are better used fresh rather than dry. The leaves and berries are crushed and agitated in water to produce rich lather to clean clothing, and as a shampoo for hair.

Benefits of Soapberries: western research
Many Scientific researchers have attempted to analyse the properties and benefits of soapberries based on what is  described in traditional medicine and folklore. Research suggests that Soapberries have high spermicidal activity in spot and IPPF tests with MED of 0.05 and 0.5% respectively. We can correlate it to its Vata and Kapha balancing property and also correlate it to its Garbha phatana (abortifacient property).
In cases of arthritis, there was significant reduction in fluid collection and inflammation when saponin was administered orally in rat-based research. Researchers say that it performs better than Hederagenin oral (50-200 mg / kg / 21 days). In this research, crude saponin was administered at 200 mg/kg/21 days in rats. This showed significantly inhibited development of hind paw oedema associated with adjuvant arthritis in rats

Benefits of Soapberries: what the Ayurvedic texts say
Soapberry is called Arishtaka in Sanskrit. The Bhavaprakasha Nighantu has many interesting synonyms for the Soapberry: “Rakta Bheeja”, “Krishna varna” (dark coloured one), “Artha Sadhana (Means to Artha/wealth), Phenila (the soapy / foamy one) and also “Garbha phatana” (the one which breaks Garbha / abortifacient property).
Soapberry: the foam generating fruit
Interestingly the Bhavaprakasha Nighantu says that the Soapberry is not just a cleansing fruit. It is described as a Tridoshghna, a substance that conquers all 3 doshas, and as a dravya with “Graha jith” properties. Grahas can be looked at in 2 ways: mental conditions like schizophrenia, depression, anxiety, etc. Grahas can also be described as a manifestation of dis-ease / poor energy due to unknown causes. For both these conditions Soapberry is indicated in external and internal use. Additionally, when internally consumed, Soapberry is indicated as a Garbha phatana (abortifacient).
Acharya Bhava Mishra has indicated its use in many methods like inhalation, topical application, wound washing and internal consumption. It is used variously in kapha origin lung diseases, in cleansing wounds and also in piles and haemorrhoids.
benefits of soapberries - kapha balance and wound wahsing - acharya bhavamishra
The Madanapala Nighantu describes Soapberry as “Kumbha Veerya”, “Phenila” (foamy fruit), Krishna Bheeja (dark seeded fruit), Pita phena and again “Artha Sadhana” (means to wealth). Just as Acharya Bhava Mishra has described the fruit in Bhavaprakasha Nighantu, here too Soapberry is described as a Tridosha hara, Garbha phataka and Graha Roga nashana. Madanapala Nighantu describe the anti-inflammatory effect of Soapberry. Interestingly this is a common property across many saponin containing plants, including Yucca. In the Madanapala Nighantu, this anti-inflammatory effect is used in diseases like Ama vata (rheumatoid arthritis) and Sandhi vata (inflammatory conditions of the joints).
Raj Nighantu describes Soapberry as “Phenila” (soapy fruit), Reetha (a name we still use in Hindi), Arishta, Kumbha beeja (large seed), Gucchala, Prakriya, and interestingly, “Mangalya” or auspicious. This text describes its gunas as follows: Tikta and Katu rasa (bitter and pungent taste), Ushna Veerya (hot potency), Snigdha (seed contains oil which is unctuous), Vatajit and Kaphaghna (destroys Vata and Kapha. This text also describes its other important medicinal properties. Soapberry is Kushta jith and Kandu jith- vanquishes all skin diseases, and removes any itching based skin disease.

Soapberry is an important Ayurvedic herb that is very useful in external cleansing, personal care and in certain diseases. In this post, we looked at how a wealth of cleansing herbs exist across the world, which were used by indigenous cultures to safely and environmentally sustainably do various cleansing and healing tasks.
India is rich in botanical herbs. The diversity of healing herbs by state, climate and geography is truly astonishing in India. A great wealth of knowledge about how these herbs can be used exists in the Ayurvedic texts, in the Siddha system and in the traditional folklore among community healers of forest dwelling tribes and indigenous communities. We explored the formal knowledge about the Soapberry in this post across Ayurveda as we delved into the multiple benefits of Soapberries.
We understand that the soapberry is so much more than a foaming, cleansing natural replacement to a synthetic detergent or surfactant like SLS and SLeS. Instead it has multiple beneficial properties like being excellent at resolving Vata and Kapha imbalance, helping in pain and inflammatory conditions, resolving skin diseases and itching due to various reasons, and is also helpful in removing toxins and reducing the formation of eruptive skin conditions.