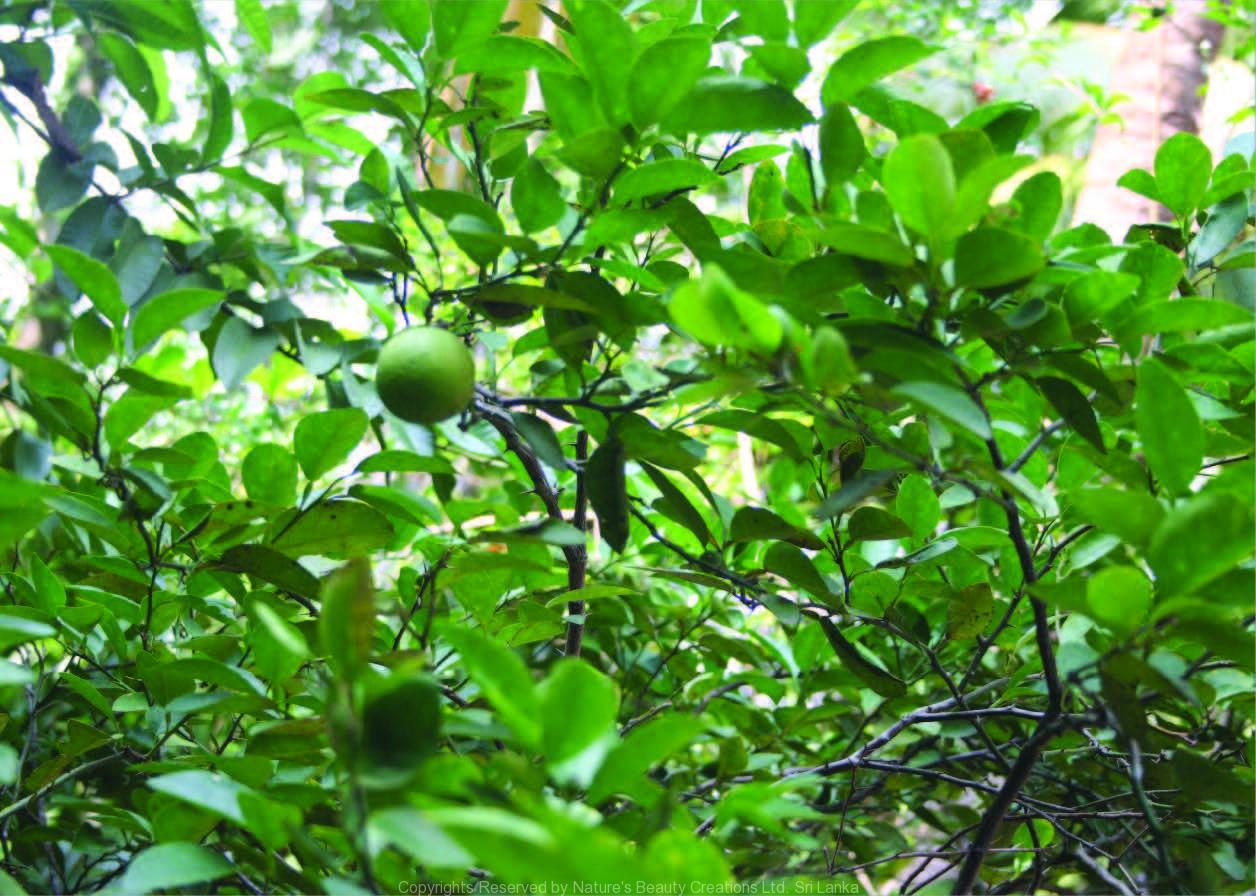 The Key lime (Citrus × aurantiifolia) is a citrus hybrid with a spherical fruit, 2.5–5 cm (1–2 in) in diameter. The Key lime is usually picked while it is still green but it becomes yellow when ripe.

It is smaller and seedier, with a higher acidity, a stronger aroma, and a thinner rind, than that of the Persian lime (Citrus × latifolia). The Key lime is valued for its unique flavor compared with other limes. The name is derived from its association with the Florida Keys, where it is best known as the flavoring ingredient in Key lime pie. It is also known as West Indian lime, bartender’s lime, Omani lime, or Mexican lime, the last classified as a distinct race with a thicker skin and darker green color. Philippine varieties have various names, including dayap and bilolo.

The Key lime has given rise to several other lime varieties. The best known, the triploid progeny of a Key lime-lemon cross, is the Persian lime (Citrus × latifolia), the most widely-produced lime, globally. Others are, like their parent, classed within C. aurantiifolia. Backcrossing with citron has produced a distinct group of triploid limes that are also of commercial value to a limited degree, the seedy Tanepeo, Coppenrath, Ambilobe and Mohtasseb lime varieties as well as the Madagascar lemon. Hybridization with a mandarin-pomelo cross similar to the oranges has produced the Kirk lime. The New Caledonia and Kaghzi limes appear to have resulted from an F2 Key lime self-pollination, while a spontaneous genomic duplication gave us the tetraploid Giant Key lime.[12][13] The potential to produce a wider variety of lime hybrids from the Key lime due to its tendency to form diploid gametes may reduce the disease risk presented by the limited diversity of the current commercial limes

There are various approaches to the cultivation of Key limes. This variety of citrus is commercially cultivated from its seed.

The seeds must be kept moist until they can be planted, as they will not germinate if allowed to dry out If the plants are propagated from seed, the seeds should be stored at least 5–6 months before planting Alternatively, vegetative propagation from cuttings or by air layering may permit fruit production within one year, and from genetically more predictable lines of plants. Or digging around a mature tree to sever roots will encourage new sprouts that can be transplanted to another location.Clones are often bud grafted into rough lemon or sour orange to obtain strong root stocks (see also fruit tree propagation).

It is often advisable to graft the plants onto rootstocks with low susceptibility to gummosis, because seedlings generally are highly vulnerable to the disease. Useful rootstocks include wild grapefruit, cleopatra mandarin and tahiti limes. C. macrophylla is also sometimes used as a rootstock in Florida to add vigor.

Climatic conditions and fruit maturation are crucial in cultivation of the lime tree. Under consistently warm conditions potted trees can be planted at any season, whereas in cooler temperate regions it is best to wait for the late winter or early spring. The Key lime tree does best in sunny sites, well-drained soils,good air circulation, and protection from cold wind. Because its root system is shallow, the Key lime is planted in trenches or into prepared and broken rocky soil to give the roots a better anchorage and improve the trees wind resistance. Pruning and topping should be planned to maximise the circulation of air and provide plenty of sunlight. This keeps the crown healthily dry, improves accessibility for harvesting, and discourages the organisms that cause gummosis

The method of cultivation greatly affects the size and quality of the harvest. Trees cultivated from seedlings take 4–8 years before producing a harvest. They attain their maximal yield at about 10 years of age. Trees produced from cuttings and air layering bear fruit much sooner, sometimes producing fruit (though not a serious harvest) a year after planting. It takes approximately 9 months from the blossom to the fruit. When the fruit have grown to harvesting size and begin to turn yellow they are picked and not clipped. To achieve produce of the highest market value, it is important not to pick the fruit too early in the morning; the turgor is high then, and handling turgid fruit releases the peel oils and may cause spoilage

C. aurantiifolia is a shrubby tree, to 5 m (16 ft), with many thorns. Its trunk, which rarely grows straight, has many branches, and they often originate quite far down on the trunk. The leaves are ovate, 2.5–9 cm (1–3 1⁄2 in) long, resembling orange leaves (the scientific name aurantiifolia refers to this resemblance to the leaves of the orange, Citrus aurantium. The flowers are 2.5 cm (1 in) in diameter, are yellowish white with a light purple tinge on the margins. Flowers and fruit appear throughout the year,

C. aurantiifolia is native to Southeast Asia. Its apparent path of introduction was through the Middle East to North Africa, then to Sicily and Andalucia and via Spanish explorers to the West Indies, including the Florida Keys. Henry Perrine is credited with introducing the Key lime to Florida. From the Caribbean, lime cultivation spread to tropical and subtropical North America, including Mexico, Florida, and later California.

Since the North American Free Trade Agreement came into effect, many Key limes on the US market are grown in Mexico, Central America and South America. They are also grown in Texas, Florida, and California.

Apart from being used as medicine, its widely used to make pickles and consumed as fruits.

Unripe fruits are unhealthy for consumption. Very sour fruits are contra ndicated in high pitta conditions such as bleeding disorders, nasal bleeding, burining sensation, gastritis etc. To be consumed along with milk.